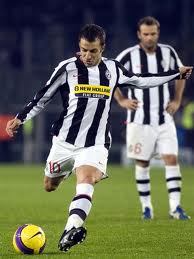 New year, old players. In 2011, while Juventus will have to decide the outcome of an important question that is the continued suspension of 2 of it’s great Italian players, Alessandro Del Pieroand Gianluigi Buffon. The captain, who is 36 years old and only  working part-time, Delneri is in effect without a new contract. Marotta is trying reassure him with kind words but keeps open the negotiations for the renewal. The player is willing to wait, but not indefinitely: there is other opportunities further afield in the U.S.

In the case of Buffon are many factors at play: the return after months away from the football field, the performance of Storari from reserve, the sirens of the Premier League that would bring more liquidity into the coffers of the eagle, does not help the relationship with Delneri. Interviewed by Corriere della Sera, the goalkeeper said he was ready to take back the top spot as captain. But the relationship with Juventus remains at a very high voltage all the same.

When someone dies in the beautiful city of Venice (yes, you can die there too) usually the body will be burried on the small island of San Michele, which became the city cemetery under the rule of Napoleon, who thought it would be more hygienic for the citizens to have the remains of their loved […]

ROME – Unpublished documents, such as the one, precious, confirming his arrival in Rome when 25 years old, instead of 20 (thereby upsetting his biography), anecdotes, reconstructions, but also those of his contemporaries and his masterpieces: Caravaggio returns to the centre of a major exhibition from 11 February to St Ivo alla Sapienza, site of […]