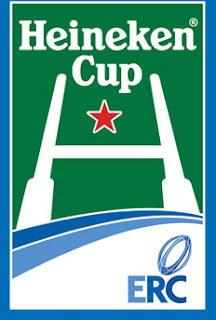 Last weekend ended the first part of the competition and 8 teams came from the 6 pools and these are the teams that will play on april the 9th and the 10th in the quarter finals.

Nothampton dominated the pool 1 and Leinster did the same in the pool 2, pool 3 was more balanced and Toulon won it; from the pool 4 came 2 teams Biarritz, the winner, and Ulster that reach for the first time quarter final, also from pool 5 came two teams Perpignan and Leicester meanwhile  Toulose won the pool 6. As expected no Italian teams will involved so let’s review the matches:

Leinster – Leicester on april the 9th at Dublin’s Aviva stadium

Northampton – Ulster on april the 10th, at the stadium:mk in Milton Keynes

Perpignan – Toulon on april the 9th at Olimpic Stadium of Barcellona

In 1848 Europe rebelled against absolutism. And Milan invented the first smoke-strike, which ended in blood. LONDON – The idioms often have a historical background that justifies them: so today in Italian they say “success is a forty-eight” to indicate a sudden chaos, riot general of unexpected uproar. It is the same Mike Rapport, on […]

Tuscany is the cradle of the Italian culture, no doubt. For centuries this area has welcomed artists from all over the world, perfect setting for inspiration. Many monuments in Italy are usually closed to the public, sometimes for restauration, sometimes because they are private property and sometimes just because the government cannot afford to keep […]