You are here: Home / Archives for italian shopping 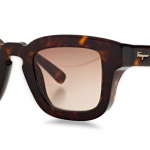 This will be an intense weekend for european rugby: Saturday, at 18 CET,  in London there will be the big clash between England and France, I think the home team is the favorite one but it will be a close match so my prediction is England will win by 3 points. Also Saturday the first […]

Tuscan products land in the territories of former Yugoslavia. In particular these are the olive oil and the wine to represent the Italian region with the mark of the Agricultural Cooperative Legnaia, in addition with the typical agricultural products by the cooperative members. The Winery Cormons of Gorizia has also joined the cooperative. The products, […]