You are here: Home / Travel / Tuscany Itineraries in Val di Cornia, from the hills to the sea 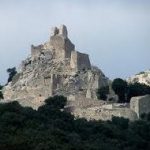 The Val di Cornia extends between the regional Italian provinces of Livorno Campiglia Marittima, Suvereto and San Vincenzo. It is an area rich in natural beauty overlooking the sea and captures the visitor with a mixture of medieval traditions well known in Tuscany. The valley is bound from the west by the Tirreno Sea, meanwhile to the east of the mountains is the area of Gerfalco, while the northern border is the municipality of Castagneto Carducci, finally,  to the south is hills that separate the plains from the Grosseto Livorno.

Because of its fertile plains, its hills and the presence of the sea, the Val di Cornia (much like our Kent in the UK) has often been called the Garden of Tuscany. This area is located within the Maremma Pisana, named after the river running through it, the Cornia river originates from the mountains of Gerfalco, passing through Leccia, where taking advantage of the water that was rich inn minerels, passes to the Suvereto plains and subsequently where it meets the sea at Bocca di Cornia.

This wonderful area has been preserved intact over the centuries. The land is still covered for most part of bush made ​​mostly from oak trees, oaks, yews libi, limes, olives, an ideal setting for the proliferation of various animal species such as boar, deer, porcupines, badgers, squirrels and dormice.

This tourist area is linked inseparably to history. There are obvious signs of Etruscan and Roman civilization, the barbarians and many feudal castles, each their mark on the landscape. Not only big and important relics such as the Etruscan necropolis of Baratti and Populonia and Rocca di San Silvestro in Campiglia Marittima, but also the ancient walls of village houses, dark and narrow streets that still respect the old urban structure of the original medieval town, tell the story of the colourful history this area has encountered. 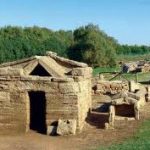 Johnny Depp, who is looking for home in Venice has made an offer of ten million euros ($13.4 million dollars) to buy Palazzo Donà Sangiantoffetti, a wonderful  seventeenth-century building on the Grand Canal that he had visited with his wife during the filming of “The Tourist”. “Venice is fantastic, magical – the actor said at […]

Rosy Mauro head of Lega Nord Emilia branch (a right wing party based in the north of Italy), recently presided over amendments over a very controversial law regarding school reform named Riforma Gelmini.With the approval of certain amendments by the opposition parties, a chaotic situation was on the cards whereby a vote on the amendments […]