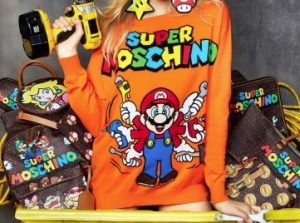 Moschino unveils a new project called Super Moschino, developed in collaboration with Nintendo to celebrate 30 years of Super Mario Bros. After the collection starring Barbie, Moschino presents a new fashion line which is composed of T-shirts and sweaters in intarsia wool, characterized by graphic the video game hero Super Mario. There is also a colourful series of accessories and leather bags, ranging from the bag to the bucket, a wallet or belt, all personalized with images of Luigi, Princess Peach and coins, stars and mushrooms that appear in the adventures of the video game.

The Super Moschino collection will be available from the 5 December on the Moschino official web site moschino.com, or at major brand boutiques in Rome, Milan, London, Paris, New York and Los Angeles. 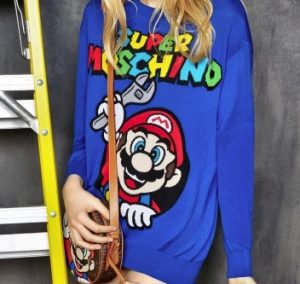 The ancient stones, the silence of the countryside, the flavors of the garden and the terraces with olive or vineyards: a winning mix that has made Puglia the destination at the top of the charts of favorite places to visit in Italy. In the lands of Primitivo and Negroamaro – according to the American magazine […]

Just revealed in a global study by Badoo the Italian city of Naples (the birthplace of Pizza) is considered to have the best Nightlife in Italy. Milan and Turin in Italy are tied in second place, followed by Florence, Catania and Rome. Rome ranks eighth in the ranking of European capitals nightlife rankings, with Madrid […]