You are here: Home / Archives for Giorgio Armani 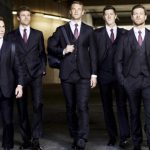 The famous Italian brand Giorgio Armani and Germany’s Bayern Munich football team have recently showcased the complete the official clothing for the players and the staff. The new wardrobe from Giorgio Armani is of course “Made to Measure” and is composed of a wool-cashmere navy blue, with two-button jacket, vest and pants without pleats, worn […] 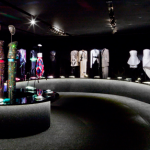 Giorgio Armani protagonist of Japanese fashion, with the inauguration of an exhibition called “Eccentric” to celebrate the 5th anniversary of the opening of the Armani / Ginza in Tokyo. The exhibition will be open to the public until 13th December, located on the ninth floor of the tower, where you can see on display over […]

There is a central figure, in the miserable tragedy that Italy is playing again before the startled eyes of the world, that no major American newspaper or English TV network can understand . Maybe only those who lived and grew up in Milan where Berlusconi also grew up and lived can hold this figure to […]