You are here: Home / Travel / Naples, the Italian city has the best nightlife

Just revealed in a global study by Badoo the Italian city of Naples (the birthplace of Pizza) is considered to have the best Nightlife in Italy. Milan and Turin in Italy are tied in second place, followed by Florence, Catania and Rome.

Rome ranks eighth in the ranking of European capitals nightlife rankings, with Madrid of course at the top, followed by Brussels, Istanbul, Belgrade, Lisbon, London and Paris. The report analysis is based on 120 million online conversations made ​​in two months on Badoo (badoo.com), the largest social network to meet new people, with 122 million users in 180 countries.

Naples, Milan and Turin, all share the same relationship “Night / Day”, but Naples is at the top of the list for its peak conversations – at 23.30, compared to 23.15 in Turin and Milan. Meanwhile not surprising, the cities located in southern Europe tended to have the best nightlife all over the world, five of the 10 cities are in Northern Italy in the night, compared to four in South and Rome in the middle. 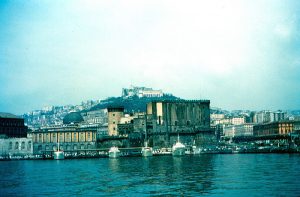 Looking for the best mineral water in Italy? Here is the explanation and the list of the best bottled water available in the country. Italian Natural mineral water, before being classified as flat or carbonated, is distinguished by its wealth of minerals. Given that, it can then be divided into four categories and this is […]

In July 2015 The Mare D’amare salon showcased many beachwear items for the summer 2016 collection to the world at the Fortezza da Basso in Florence (Firenze). There was an explosion of events, fashion shows, workshops and a wonderfully rich selection of beachwear collections from around 250 well known brands from around the world, this […]